During the twentieth century there were several attempts to create a museum of history of Bukovina Jews. The first relates to the late 20’s, when Bukovina was part of Royal Romania. However, in addition to archival documents Chernivtsi community, no trace of the museum after the war were found. The second attempt was made in the late 90s Jewish Society. Steinbarg. It was limited exhibition of collected items, but then the museum has not received due to lack of funding and staff researchers. Despite the fact that much of the Bukovina Jews in the 90 years emigrated, the idea of ​​the museum and continued to live in the early 2000s. Work in this direction was restored.

Museum of Jewish History and Culture of Bukovina Chernivtsi established Jewish social and cultural fund Eurasian Jewish Congress and the Association of Jewish Organizations and Communities of Ukraine. The initiator of the project and lead author of the concept of the museum is the head of the Association – Joseph Zissels. The museum was opened in October 2008 to celebrate the 600th anniversary of the first written mention of the city in literacy Moldavian master Alexander the Good. By coincidence of historical circumstances anniversary coincided with two key events in the life of the Jewish community: Built in Chernivtsi century Jewish national home and the age of Chernivtsi first international conference on Yiddish.
The basis laid clearest exposition during the life of the Jewish community – the period from 1774 to 1941. A large number of exhibits – original books, documents, postcards, household items and religion.

The first room contains general information and public documents about Jews in Bukovina times Austria. Attention is focused on tradition, religious life and rituals of the Jews. It demonstrated materials on the activities of the two great rabbinical dynasties – Rabbi Menachem Mendel Hager of Vyzhnytsia and Sadahurskoho vunderrebe Isroelya Friedman (Ruzhin Rabbi).

Also on display is equipped with “shabbatnyy corner” – part of the interior room traditional Jewish home, with a table on which family meets the offensive Saturday.
It also represented the Jewish folk art, including oil paintings are unique in the current synagogue “Beit Tfila Benjamin” in Chernivtsi and grave stones Matseva old cemeteries of Bukovina.

The exhibition introduces a large audience of Jewish cultural and political movement of the late XIX – early XX centuries., As well as the daily life of Jews, their occupations, preferences and spiritual needs. An important place materials on the development and activity of the Chernivtsi City Jewish community. It shows various aspects of urban Jews photographs of prominent public figures.
The beginning of the twentieth century. life in Bukovina Jews was marked by the release of the political arena, the establishment of political parties and unions, the struggle of various currents in society. First of all, it is displayed in a variety of party periodicals, which are shown in the exhibition.

A special place is occupied by materials on the activities of cultural associations that opposed the German and later Romanian assimilation. Two tablets exposition dedicated to the first World Conference on Yiddish in 1908

The catastrophe of the Second World War did not pass Bukovina. Documents archives, photographs, evidence of these tragic events participants complete a brief exposition of the history of Bukovina Jewry.

Subject number of museum exhibition vividly and clearly complements the story about the spiritual and daily lives of the Jews of Bukovina. Authentic household items give an idea of ​​the atmosphere of ancient times and fill it with real content.
So we invite you to visit the Museum of Jewish History and Culture of Bukovina to travel in time and experience the atmosphere of this era. 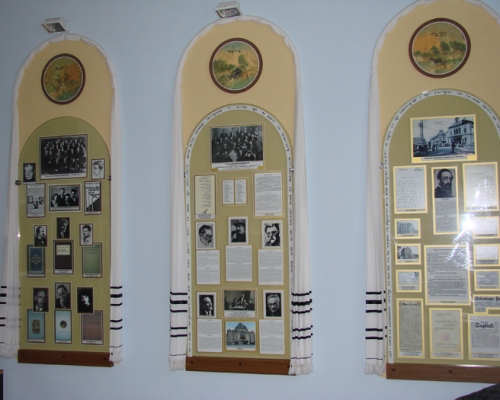 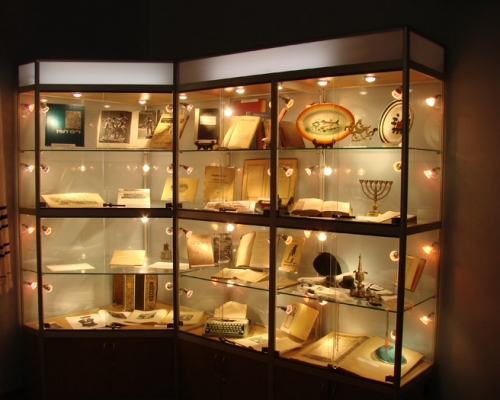